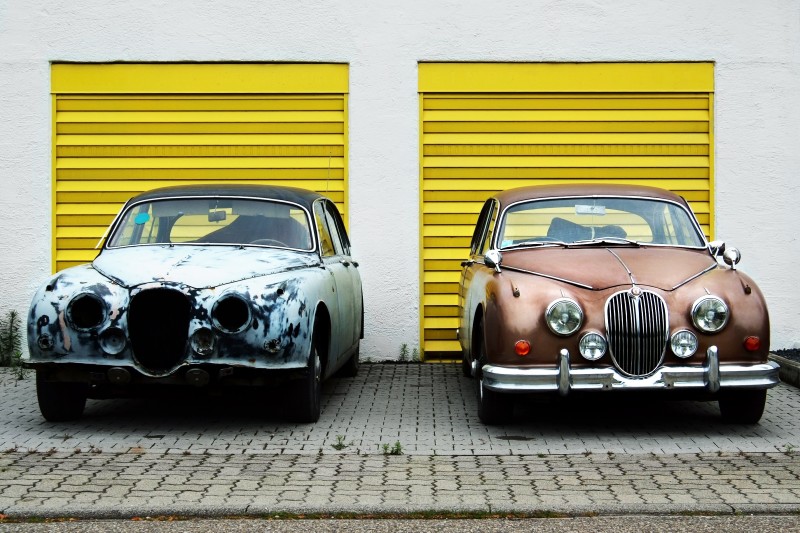 There’s a virtual insanity taking place in America these days. In an effort to make everyone around us think we’re more successful than we are, we continue to look for ways to garner undeserved respect. For more than a century now, one of the more popular ways of adding that wow factor to your life has been with the purchase of a nice, shiny new car. It reminds me of the stories my dad and father-in-law have told me of their days growing up in the 60s. Those were the days of muscle cars and street racing. As a young man, there was nothing more important to spend your money on in those days than that sweet ride. It was such a big deal that most of the guys from that generation still remember what each other drove even though all but a few of those cars are nothing but a distant memory at this point in time. The car to them was a direct reflection of their personal identity.

We’ve come a long way from those days though and not everything is as it seems anymore. Back in the 60s, guys worked hard, saved up their cash and when they had enough money, they went out and bought the car of their dreams. Whether that was a wise decision or not is a different story, but you can’t say they didn’t earn the right to make that choice. Today, the story is a little different. On the cover, it may all look similar, but the truth is we live in an instant gratification society that couldn’t imagine living under an oppressive financial system that would make them wait to enjoy the fruits of their labor. That’s what makes the status symbol perception of the automobile in our society so ridiculous. The whole idea of a status symbol is that the item serves as a representation of the social position or financial success of a person. So, when anyone that’s willing to make a large monthly payment can drive the nicest car on the road, despite actually having money or not, can it really serve as a status symbol?

In many cases, the automobile should be termed the “unstatus symbol” of our generation. Not only does the car a person drives not accurately reflect the financial status of that individual, in many cases it has a negative effect on their financial condition. I can’t tell you how often I’ve seen situations where the person was a slave to their car payments. It’s not all that uncommon to see a family spending as much on monthly car payments as they spend on their house. For those who think that’s a good idea, I have to ask if your perception of a car has gone beyond the tool it is designed to be. Let’s not forget that the primary function of a car is to get you from point A to B. I understand the allure of the nicer, newer car, but at some point we need to ask ourselves if our feelings are rooted in sinful desires (pride, greed, vanity, etc.).

I’ve been aware of multiple situations where a person still driving a very nice automobile has filed for bankruptcy. The people around them were left wondering what went wrong because everything appeared to be going great. It’s those situations that finally helped me realize that anyone willing to shell out the required monthly amount can drive a really nice car. What you drive ultimately has very little to do with your actual financial situation. Personally, I’d much rather be driving an older car I own than a new, expensive one with zero equity and a large monthly payment. Ownership has its privileges.

I’m sure I will do very little to sway public opinion or curb their vehicular appetites, but hopefully I can open a few eyes when it comes to how you view the lives of others. So many people around us are putting up fake walls and painting rosy pictures of their lives. In reality, we’ve all sinned and fallen short and we all have our struggles. The sooner we can realize the truth about a person’s life and see through all the glitter, the quicker we can be the friend that person really needs.