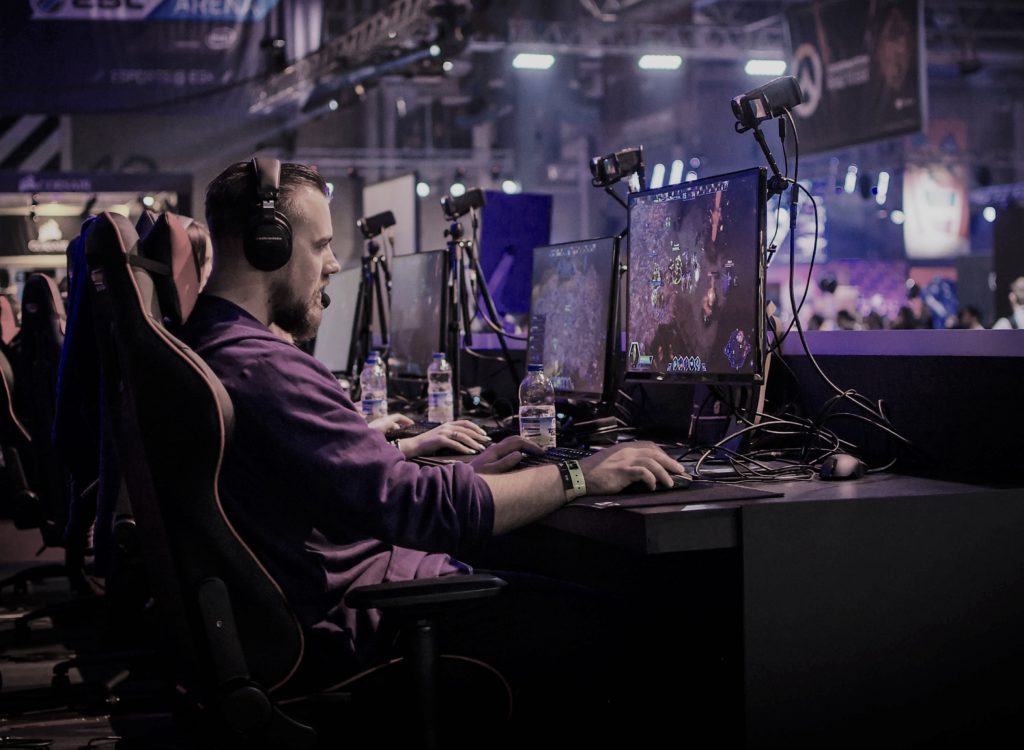 There’s been a lot of talk in the past week about the 16 year old teenage boy from Pennsylvania who earned $3 million by winning the Fortnite World Cup gaming competition.  Gaming is a big sport with the most active group being teenage boys, many of whom are already earning six-figures — for playing video games! Gaming has developed into a spectator sport where participants train with coaches and compete for huge winnings. Who would have thought that spending time in the virtual world can earn you real money and even be called a career by many?

The huge gaming competition in New York last week has grabbed our attention and has us looking at gaming much closer. Is gaming a legitimate career path? Some of these teenage participants are talking as if this is what they plan to do for a living?

I have to be honest and say that I struggle a lot with this question.  My first impression was that it can’t possibly be a legitimate career.  Work has never looked like this in all of history, so it’s hard for me to process how playing games could possibly be work.  Then, I reviewed what scripture has to say about work and the warnings for those who don’t do it.  The warnings are typically directed toward those who are trying to get money without putting in effort.  They are commonly called sluggards.  If you read up on these kids and adults that are making a career of gaming, they are anything but sluggards that are trying to avoid effort.  These guys are putting in 10-12 hour days honing their skills.  From the standpoint of effort, they’re putting in as much or more than most people with what we would classify as “legitimate jobs”.

Are there comparisons that we can make to jobs we would consider “legitimate” to help us wrestle with this issue?

Competitive gaming is commonly referred to as an Esport (E-sport).  That naturally takes me to the comparison to other forms of sport.  The conclusion I’ve finally come to is that those who excel in gaming aren’t much different than the ones that excel as professional athletes in other sports.  The difference is in the games they play and the skills required for those games.  Gaming requires the individuals to be masters of strategy and problem-solving.  These are skills that we would normally praise, but when we pair it with playing video games, we quickly forget about the skills involved.  Why is it okay to praise the person that dedicates their life and hones their physical skills for sports like basketball or football and earns millions of dollars for doing it, but then criticize the one that does the same thing with their mind and excels at video games?  I find myself being hypocritical when I start making comparisons.

Where is all this money coming from that allows people to make a career from gaming?

The video game market generated over $130 billion in 2018.  Then, you take a game like Fortnite, which last year brought in $2.4 billion alone, making it the most successful single year for a video game in history.  As you can see the money is there.

Esports, that is the competition and spectator part of the industry, is expected to generate around $1.1 billion this year.  There’s now a bigger audience for gaming than the combined audiences of HBO, Netflix, ESPN, and Hulu.  Whenever you have this much traffic following anything, there will be plenty of money to pay those who provide the entertainment.  The most popular players often have multiple revenue sources, which can include donations from fans, advertisements, sponsorships and tournament prize money.

What about the person that says they want to make a career out of gaming?  We’re starting to hear more about development programs for people interested in these careers, including college scholarships.

According to the National Association of Collegiate E-sports (NACE), more than 100 colleges have video-gaming scholarships. For example, the Big Ten currently has a partnership with Riot Games that provides all 14 schools with money that is being used for scholarships.  Some other colleges are even building arenas for spectators to watch the gaming competitions.

This whole discussion somewhat validates the idea of gaming as a possible way to earn money.  However, it’s much like other forms of professional sports in that a very small percentage of those who will dedicate their young lives to playing will ever make it a financially sustainable career.  It’s like any other career choice, there needs to be wisdom in the decision making process.  You need to seek the advice of others and determine if you have the level of talent it would require.  Then, you need to look at the biblical aspects of work and see if you are motivated as a dreamer or a sluggard or if you are that person who is willing to put in the work it would take to have a real shot of making it.  You also need to be prepared for what you’re going to do when that time is over, which could come at an early age.