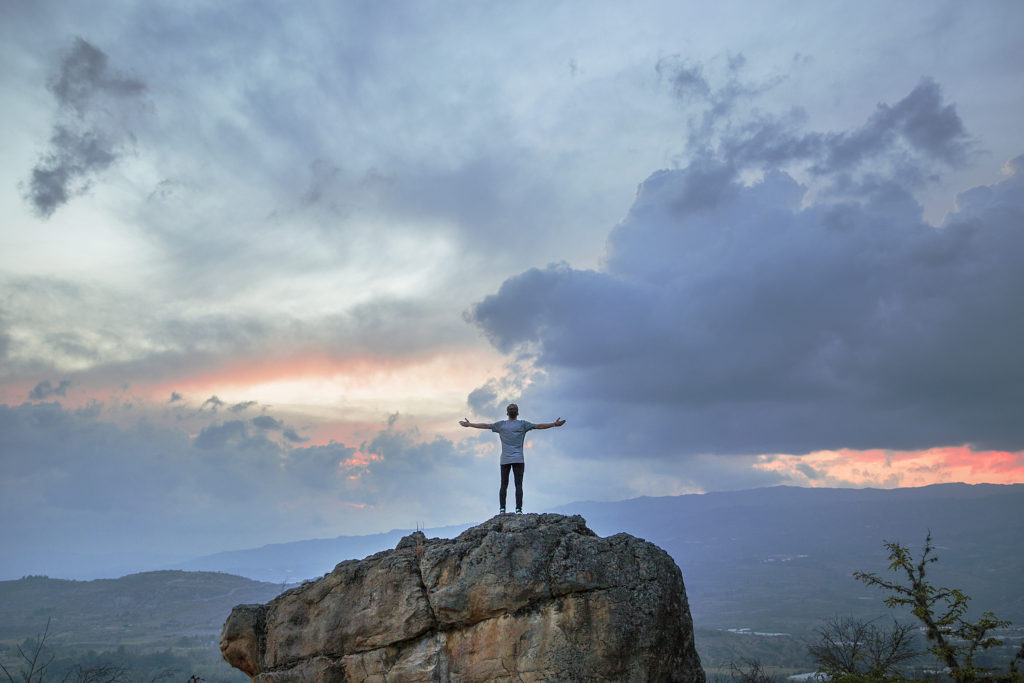 Have you ever struggled with the idea that you sometimes find yourself being obedient to God because you desire the rewards He’s promised?  Is it selfish to want to receive those things?  Shouldn’t you want to do the right thing purely out of a love and desire to please God?  These are all questions many Christians have wrestled with at some point.  The idea of not being motivated by the rewards He’s promised sounds good on the cover, but does it hold up when tested against scripture?

In Matthew 16:24-27 we read, “Then Jesus told his disciples, “If anyone would come after me, let him deny himself and take up his cross and follow me.  For whoever would save his life will lose it, but whoever loses his life for my sake will find it.  For what will it profit a man if he gains the whole world and forfeits his soul? Or what shall a man give in return for his soul?  For the Son of Man is going to come with his angels in the glory of his Father, and then he will repay each person according to what he has done.”  Here we see Jesus explaining to his disciples the sacrifices one will need to make in this world to follow Him.  The disciples already understood that Christ was worth far more than anything they would be giving up in this life, but Jesus brings the conversation full circle with a promise to repay each person for what they have done.  Since this promise of rewards is coming from Jesus, we can automatically conclude that it is not wrong to be motivated by rewards.  If it was wrong, that would mean Christ is tempting us, which we know He cannot do.

In Hebrews, we see the faith of Moses on display.  Hebrews 11:26 tells us “He considered the reproach of Christ greater wealth than the treasures of Egypt, for he was looking to the reward.”  Nothing demonstrates a person’s faith more profoundly than their actions and Moses gave up great wealth in this life for the promise of greater things in the future.  He fully understood the value of eternal rewards.

Rewards are mentioned throughout scripture and we continue to see them being used as motivation for our actions.  Here are just a few examples:

Luke 6:35 – “But love your enemies, and do good, and lend, expecting nothing in return, and your reward will be great, and you will be sons of the Most High…”

Luke 14:13-14 – “But when you give a feast, invite the poor, the crippled, the lame, the blind, and you will be blessed, because they cannot repay you. For you will be repaid at the resurrection of the just.”

Galatians 6:9 – “And let us not grow weary of doing good, for in due season we will reap, if we do not give up.”

Just as we would offer an incentive for our children to do the right thing or a boss offers an employee an incentive to work harder, God is offering His children an incentive as well.  Our response reflects our understanding and our faith in His promises.  If we truly understand and believe, why wouldn’t we trade a fleeting pleasure in this life for an eternity of that pleasure in its perfect form?  After promising a reward for fasting in secret, Jesus made this point himself when He said in Matthew 6:19-20, “Do not lay up for yourselves treasures on earth, where moth and rust destroy and where thieves break in and steal, but lay up for yourselves treasures in heaven, where neither moth nor rust destroys and where thieves do not break in and steal.”

Are we being selfish to desire God’s rewards though?  Let’s start with the reminder that our desires are rooted in creation.  We’re told in Genesis 1:31 that after God created all things, He said it was “very good”.  Following God’s declaration that everything was good, man rebelled by sinning and as a result our eyes were opened (in a bad way).  We suddenly became aware of how to pervert the good things of God’s creation for immediate self-gratification.  Satan uses this awareness as a tool to tempt us to fulfill the desires God built into us in ways that He has forbidden and will ultimately harm us.

You don’t have to look far to see the ways people sinfully and destructively seek out things like power, pleasure and possessions in the world around us.  It’s because of these abusive perversions that we think someone’s desire for power, pleasure or possessions must but sinful.  However, the problem isn’t so much in what we desire, but in when we desire it.  God made us to desire these things and He even promises these very things as rewards in scripture as we’ll see below.  The problem is that we desire power, we desire pleasure and we desire possessions in this life.  In our sinful states, we’re just not capable of managing them properly.  So, instead of wanting them now, our desire should be to have them for eternity instead, when the curse of sin has been wiped away and we can receive these gifts as they’ve been intended.  We can see in the following verses that God has promised these very incentives, but in their pure, eternal form in the next life.

Psalm 16:11 – “You make known to me the path of life; in your presence there is fullness of joy; at your right hand are pleasures forevermore.”

Matthew 19:27-29 – “Then Peter said in reply, “See, we have left everything and followed you. What then will we have?”  Jesus said to them, “Truly, I say to you, in the new world, when the Son of Man will sit on his glorious throne, you who have followed me will also sit on twelve thrones, judging the twelve tribes of Israel.  And everyone who has left houses or brothers or sisters or father or mother or children or lands, for my name’s sake, will receive a hundredfold and will inherit eternal life.”

“If we consider the unblushing promises of reward and the staggering nature of the rewards promised in the Gospels, it would seem that Our Lord finds our desires not too strong, but too weak. We are half-hearted creatures, fooling about with drink and sex and ambition when infinite joy is offered us, like an ignorant child who wants to go on making mud pies in a slum because he cannot imagine what is meant by the offer of a holiday at the sea. We are far too easily pleased.”

God is our Ultimate Reward

While scripture promises so many wonderful rewards for those who are faithful, we need to remember that an eternity with God is our ultimate reward.  We read in Psalm 16:5-6, “The Lord is my chosen portion and my cup; you hold my lot.  The lines have fallen for me in pleasant places; indeed, I have a beautiful inheritance.”

In the picture of heavenly worship of Christ that is portrayed in Revelations 4:10-11 we read, “They cast their crowns before the throne, saying, “Worthy are you, our Lord and God, to receive glory and honor and power, for you created all things, and by your will they existed and were created.”  While eternal rewards are something to be sought after, here we see the elders laying the very crowns that were given as rewards before the throne in worship because their value pales in comparison to Christ.

The final chapter of the Bible paints a picture of eternity that is too great to even comprehend until we get there.  Revelation 22:3-5 tells us “No longer will there be anything accursed, but the throne of God and of the Lamb will be in it, and his servants will worship him.  They will see his face, and his name will be on their foreheads.  And night will be no more. They will need no light of lamp or sun, for the Lord God will be their light, and they will reign forever and ever.”

If we really believe in the promises of scripture, our lives should reflect our faith just as Moses’ life did when he gave up the treasures of Egypt because he knew even that vast wealth paled in comparison to the rich reward that awaited him for all eternity.  Desire power, pleasure and possessions, but do so as God intended, in heaven, free from sin.  Only a fool would trade the rich rewards of heaven for the fleeting shadows of pleasure we can get in this life.