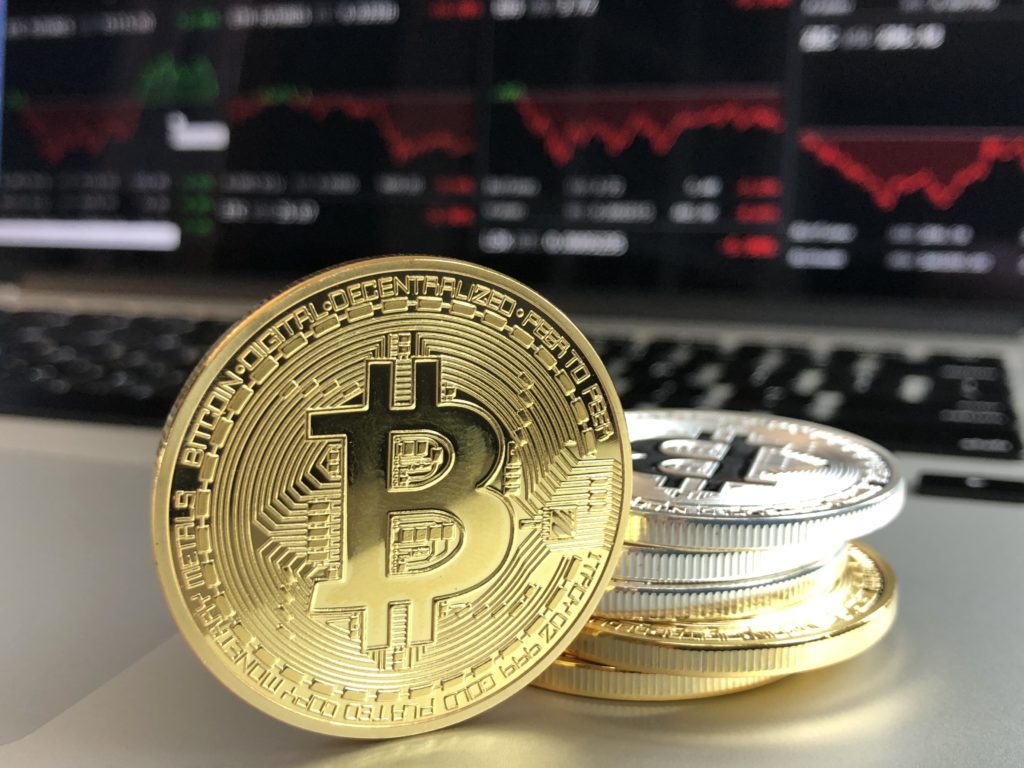 Bitcoin and cryptocurrencies are all the rage these days.  While Bitcoin was created in 2009, it started making headlines in 2017 because of its meteoric price increase, 1200% for the year.  Isn’t it funny how the story of other people getting rich gets our attention?

It’s not only attention that these headlines grab though.  Once they have our attention, it’s often not long before money starts moving in that direction in the hopes of participating in the gains.  At first, it was people investing in Bitcoin, then everybody wanted a piece of the newest digital currency as soon as it was available, now people are also chasing companies getting into the cryptocurrency business.  That has led some opportunists to try to get rich quick by creating startup companies with obvious connections to the digital currency market.  In some cases, it’s through mergers and acquisitions of businesses in that space, but sometimes it’s nothing more than a name change.  The simple process of adding buzzwords like crypto, coin, blockchain, etc. to the name of a company has been enough to create millions, even billions of dollars of wealth in a short amount of time.

Here are a few examples to show you how quickly wealth can be generated these days by connecting your business to the cryptocurrency world:

Eastman Kodak Co. – Kodak has been struggling in recent years to stay relevant and survive as a company.  In January, they announced plans to create KODAKcoin as part of their business model and their stock tripled in the span of 2 days.

Long Island Iced Tea Corporation – A beverage company that announced a move from drinks to investment in blockchain technology and will change its name to Long Blockchain Corporation.  That announcement was met with an initial 500% increase in stock price.

The Crypto Co. – A new company that was created through a reverse merger (a shortcut to take a private company public) with a company that produced sports bras.  The stock price rose 17,000% in less than 3 months.  At one point, the company was worth $11 Billion and the president of the company held a $4.2 Billion stake in it.  The SEC has since halted trading out of concern for investors.

This is not a new idea though.  In the 90s, similar opportunists learned that adding .com to a company name was more profitable than a good business model, even if your business had nothing to do with the internet.  Having learned from history, the SEC recently announced that it is closely watching companies that suddenly change their name to include cryptocurrency buzzwords or make an announcement that they’re jumping into the digital currency world out of the blue.  Here’s some of the strong wording SEC spokesmen have been using:

“I doubt anyone in this audience thinks it would be acceptable for a public company with no meaningful track record in pursuing the commercialization of distributed ledger or blockchain technology to (1) start to dabble in blockchain activities, (2) change its name to something like “Blockchain-R-Us,” and (3) immediately offer securities, without providing adequate disclosure to Main Street investors about those changes and the risks involved.” – SEC Chairman Jay Clayton, https://www.sec.gov/news/speech/speech-clayton-012218

In an op-ed published in the Wall Street Journal, SEC Chief Jay Clayton and CFTC Chair Christopher Giancarlo said, “Market participants, including lawyers, trading venues and financial services firms, should be aware that we are disturbed by many examples of form being elevated over substance, with form-based arguments depriving investors of mandatory protections.”

Ecclesiastes 1:9 – “What has been will be again, what has been done will be done again; there is nothing new under the sun.” [NIV]

Solomon knew what he was saying.  While the ideas and the technology may change, the people and their behavior stays the same from age to age.  For that reason, I find it valuable to look at the human element when it comes to investing.

“I have lived long enough to see the same eyes in different people.” – Maz Kanata quote from the ‘The Force Awakens’

I must be getting old because this Star Wars quote really strikes a chord with me.  As I read the news and hear people talking about Bitcoin and the other cryptocurrencies, I can’t shake the feeling that I’ve heard it all before.  Maybe that’s because the .com boom and subsequent bust is still pretty fresh in my memory.  While the product has a different wrapper, the human reaction is both familiar and alarming.

History allows us to look back and see how the internet boom eventually became the internet bust.  Those .com companies that were going to make us rich became the stories we could use as illustrations of how we made bad decisions, lost a bunch of money and learned hard lessons.

So, as we look back on the lessons learned during the internet age, what can we say we learned?

Proverbs 28:20 – “A faithful person will be richly blessed, but one eager to get rich will not go unpunished.”  [NIV]

1 Timothy 6:9 – “But those who desire to be rich fall into temptation, into a snare, into many senseless and harmful desires that plunge people into ruin and destruction.”

Greed will cause us to overlook obvious warning signs, rationalize bad behavior and desire money over the things of God.

In Luke 12:15, Jesus said to a crowd “Take care, and be on your guard against all covetousness, for one’s life does not consist in the abundance of his possessions.”

Hebrew 13:5 – “Keep your life free from love of money, and be content with what you have, for he has said, ‘I will never leave you nor forsake you.’”

Chasing the next get-rich-quick investment causes us to dream of the “what-ifs” of wealth.  Soon we’re no longer content with our own reality so we covet and desire the lives of others.  As Luke 12:15 points out, our lives are so much more than the sum of our possessions.  Happiness sought in material possessions will always disappoint.  Our identity should be found in Christ.

God is the owner of everything and we’re only stewards (managers) of what he’s entrusted to us.  That’s why my first rule of investing is that a person shouldn’t invest in anything they don’t understand.  If you can’t explain your investment and why it’s a good one to make, do you really want to stand before God and give an account for the decision you made as the manager of His resources?  Investing in things we don’t understand is no more than gambling.  Our responsibility as stewards is to work, save and wisely invest our resources for God’s glory, not foolishly risk them away.

Just as the promise of quick wealth attracts the sheep, it also lures the wolves looking to take advantage of the uninformed and naïve.  Consider the businesses currently targeting inexperienced investors.  Some have even lowered minimum investments to just a few dollars to get started.  These companies are largely preying on the uninformed and uneducated investor driven by the fear of missing out.  These investors are ripe to become victims because they typically don’t seek wise counsel, but instead tend to make decisions based on the hype of media and people they know.  If targeting uneducated victims isn’t enough, these companies often charge high fees and don’t fully disclose all the risks associated with the investments they’re promoting.

As a point of contrast, what is often referred to as “smart money” (experienced and wise investors) pays attention to what the uneducated masses are doing because it can be a valuable market signal to do the opposite.  The theory is that by the time an investment has finally attracted the inexperienced investor, the trend is nearing the end and it’s a good time to cash out while there are still people willing to buy.

In an effort to love our neighbor, we need to be careful with the things we discuss because what may just sound interesting to us could be a temptation to others and we don’t want to entice them to make a bad investment, or worse, tempt them with a potential stumbling block.

Speculation is another term in the investing world for what some may call gambling.  To define it in my own words, speculation is engaging in a financial transaction that has both a high risk of loss, but also a huge potential for gain and the decision is not supported by factual evidence.  The difference between investing and gambling is a common question I get, so I’ll build from the answer I typically give to that question.  There are fundamental differences between the two although individuals can turn a legitimate investment into a game of chance.

Here are some differences between investing and speculation:

Let me close by listing out some things that bother me about Bitcoin and the other cryptocurrencies.

I’ll be the first to tell you that I can’t predict the outcome and the stories we’ll be able to write 10 years from now.  However, I can’t see “investing” in cryptocurrencies as anything but speculation at this point.  Not all digital currencies will survive and it’s too early to identify a clear winner.  I’ve heard it said that the best investment in this space will likely be in the companies that figure out how to use the new technology in their business models.  Just as internet companies figured out how to provide a valuable service to consumers, other companies will likely figure out how to do the same with blockchain and other related technology.  If so, you could at least feel good about putting your money behind a company that is trying to create economic value.

Brad Graber, CFP® has been working with clients on personal financial planning and investment issues since 1996.  He invests his time mentoring and educating individuals on ways to be better stewards of the resources God has entrusted to them.  At the time of the posting of this article, I didn’t hold an ownership position in any of the currencies or companies mentioned in this article nor do I plan to.