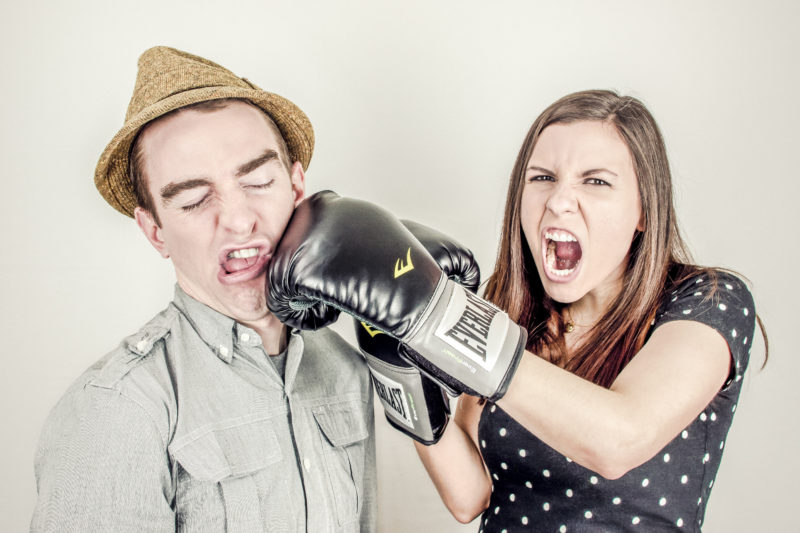 Money is one of the most common sources of marital stress and it’s no wonder since it touches almost all areas of our lives in one way or another.  Through my years of working with couples, I’ve identified some common conditions where the lack of a marital component often leads to financial conflict.  Regardless of how long you’ve been married, it’s important to review this list in an effort to protect yourself from some potential pitfalls.

The basis of marriage is the joining together of two individuals into one.  Genesis 2:24 says, “Therefore a man shall leave his father and his mother and hold fast to his wife, and they shall become one flesh.”

For couples that insist on keeping their finances separate, they’re ultimately saying they want to pick and choose when they are one and when they are still individuals.  That’s not the way marriage works.  When we marry, we join together in all ways and holding on to the independence of our single lives to avoid conflict is not the recipe for a stronger marriage.  Rather, it’s a warning sign that the two are not fully joined.  I find the process a couple must go through to join their finances to be a very fruitful one.  They must work to know each other and explore all areas of their lives in great detail.  In the end, that knowledge of each other will lead to a more intimate relationship.

Financial literacy is greatly lacking in this world.  Statistics show that just over half of American adults understand basic financial concepts like diversification and compound interest.  Those numbers are bad enough, but true financial wisdom is even scarcer.  As expected, the world operates under worldly wisdom, but unfortunately, most Christians have also received their financial education from the world.  1 Corinthians 3:19 tells us “For the wisdom of this world is foolishness before God.” (NASB)

God’s Word is not silent on the issue of money and provides us with all the wisdom we need.  As Christians, we need to invest our time understanding God’s will for our money and less on what the world is selling us.

In the absence of biblical wisdom, husbands and wives will likely have a lot of different beliefs.  If those beliefs were learned from their parents and their spouse doesn’t agree with that viewpoint, it becomes a very personal issue.  The best thing they can do is surrender all pre-conceived notions and study what the Bible teaches together.  Once they have a biblical foundation, they will have a common understanding of money and financial decisions can be made by exploring God’s Word together.  If scripture doesn’t make a decision obvious, they should pray, seek godly counsel or ultimately one can submit to the other.

In my Bible, James 4 has the heading “Warning Against Worldliness”.  Worldliness can simply be defined as adopting the world’s values.  And we read in James 4:1, “What causes quarrels and what causes fights among you? Is it not this, that your passions are at war within you?”  When we adopt the values of our godless human culture, our motives are not where they should be.  We no longer have the selfless, sacrificial attitude we are called to have as a loving spouse, but instead have a selfish attitude that hungers to feed the desires of our flesh.  This passage goes on to point out that this covetous attitude is the source of many of our quarrels and fights.  The solution for a worldly attitude is found in James 4:10, where it tells us to “Humble yourselves before the Lord, and he will exalt you.”

I’ve read that 20% of married people admit to spending $500 or more without their spouse’s knowledge and 6% have bank accounts the other knows nothing about.  Even more couples simply don’t have a clue where their money is going.  In some cases it’s because one spouse is hiding information, but in others it’s just a lack of knowledge.  When I sit down with a couple, the first thing I have them do is track all their expenses so they can both understand where their money is being spent.  The beauty of that openness is the built-in accountability that it brings into the marriage.  Our spending often reflects the spiritual condition of our heart and who better to keep us accountable than our spouse?  This accountability can help protect us from feeding sinful desires.

Communication is probably the most important aspect of any relationship.  That’s a big reason why planning is so important.  In order to make any kind of plan, we have to communicate and make decisions about how we are going to handle situations in the future.  When we’re making decisions in advance, it’s easier for us to keep emotions in check and rationally discuss what we think is the correct choice.  When money is in play, emotions tend to escalate.  We’re all sinners and as I always say, if you want to see a person’s real character, inject money into a situation and see what they do.

To prove the point, consider a good situation where a couple receives an unexpected bonus in their paycheck.  For the family that has a plan in place, they already know where that money can best be used and it will simply move the plan ahead of schedule.  However, when that bonus arrives for the family that has no plan, each spouse will suddenly have a list of wants for that money to buy.  As a result, their discussion will likely consist of each person trying to convince the other why they should spend it on the things they want.  This not only leads to poor decision making, it can ultimately lead to a lot of arguments.  Imagine how much worse it is for the couple without a plan in a situation where money is taken away.

Most of us can classify ourselves as either a spender or a saver.  The different combinations can create some interesting dynamics in a marriage.  In the instance where a spender marries a saver, there can be two possible problematic results.  First, the spender could go about buying things while the saver sacrifices to make the numbers add up.  This can lead to animosity between the two because the spender either feels restricted or the saver gets frustrated feeling stuck in the role of the responsible adult in the relationship.  The other possibility is when the saver locks down the money to the point where the spender feels constricted.  The end goal of saving money or paying off debt may be valid, but the other spouse also needs to buy into that plan.

The most difficult scenario is the couple composed of two spenders.  In this situation, both spouses are tempted to consume without consideration of the toll it will have on their future.  If there’s enough cash flow to support this lifestyle, the relationship may not be strained, but they will live a lifestyle characterized by materialism and wasteful spending.  A lot of dual spender couples don’t stay within their income though and end up funding some of their spending with debt.  Eventually, the creditors will want to be paid and the ability to borrow will dry up.  When that happens, the joy of buying new things is over and the relationship will suffer.

Regardless of whether you’re a spender or a saver, you need to live according to a plan that you have developed together.  When possible, the saver needs to give flexibility to the spender in the budget and the spender needs to live within the parameters of that budget.  If this can be accomplished and the numbers still add up at the end of the month, their home will be a happier place.

Some marriages will have only one person handling the finances.  This may sound appealing to the person that has no interest in money, but it creates some potential problems.  This system lacks any form of accountability, so it is possible for things to be hidden or just not known.  A common problem I’ve seen is when husbands try to protect their wives from stress when money gets tight.  Because of man’s God-given desire to protect, he may try to fix the problems on his own.  However, if things don’t go as planned and the details eventually come out, the wife could feel victimized.

Another possible problem is the other spouse’s lack of knowledge about their finances.  This could be something they desire, but what if something happens to the person that’s been running things?  I’ve seen this first hand and it is not a pretty picture when the uninformed spouse suddenly has to step into the process and try to keep things going.

It’s best for each spouse to play some role in the family finances.  One may pay the bills while the other handles the oversight of the accounts.  Regardless of the roles you decide, make sure you are both fully aware of the overall financial picture.  I suggest that couples complete a Personal Financial Statement once a year and review it together.

There is no single model for all couples to follow.  However, we need to acknowledge there is only one source of true wisdom on which to base our financial decisions.  It’s imperative that we start with a working knowledge of what scripture teaches on the subjects of both money and marriage.  If we follow God’s guidance on those two topics, we should be able to work through any financial situations that arise without it pitting spouses against each other.